Gold have had a period of consolidation in the past week just ending slightly shy of the US$2000 mark after briefly breaking through this the previous week. Subsequent trade days hinting it may have been a technical sell off (profit taking) after breaking through the psychological (US$2000) barrier. You could argue that some fundamental drivers for price appreciation still remain. Predominately in that economies are still printing money and a lack of political fortitude is weighing heavily on market sentiment at the moment and has the more formal market participants and speculators alike seeking the perceived safe haven of gold.

So given these dynamics are still at play, last week’s minor weakness may in fact be a consolidation and ‘breather’ for the ‘spot’ price before further upward price momentum. The technicals (charts) do not indicate a definitive direction up or down is at this point as near-term moving averages are yet to break any current trend to suggest even a correction.

In light of this and pointing to my previously declared preference to gold exposure via share ownership anyway let’s look at what we can interpret. Some fundamentals!

Recently a lot of fundamental information (well, financial guidance) has been released to the market.

Let’s use this disclosure to make more measured decisions in identifying a preferred ‘gold business’ over another. Remember it is guidance not fact but still some indicators are better than none. And you will over time you can get to interpret better the dialogue from the various companies ie: those who over promise, conservative outlooks etc.

For purposes of this exercise and future reference we need to understand some important terminology referenced in these financial disclosures (guidance) to the market.

There is much more than the above obviously but for purposes of the summation below they provide relevance. Companies will provide differing price guidance, resource, reserve & AISC so all comes into our consideration. Australian domiciled Gold producers had provided guidance of on their financial outlook for the financial year ahead. The numbers in themselves too perhaps tell a story of the current management in regard to its financial management style.

So here are just a quick sample, a few of the usual suspects and perhaps a few lesser known whom of which are producers and currently pay dividends. The numbers are guidance for FY2021

Comment – Cadia mine brings AISC cost down, other mines are in excess of A$ 1250/ounce

Reserves Price – A$ No guidance

Comment – Operational management of Australian assets has been phenomenal (Fosterville, VIC), no other way to describe it! No ownership previously could make money with this asset. Now 2nd biggest producing gold mine in Australia. The success seen here has led new interest in the ‘golden triangle, but do others have the nous? A case in point is North Stawell Minerals (NSM) just last week successfully raised $20m for its IPO to continue existing mining currently at Stawell and fastrack further exploration. These were previous assets of the listed Leviathan Resources (still some co- ownership of assets). They (NSM) will list on the boards in coming days. Kalamazoo (KZR) too has been acquiring a large foothold and exploration programme in VIC.

KLA of recent times has been outperforming guidance regularly (even during Covid19 restrictions in VIC Aust. in place) and are now paying quarterly dividends.

Comment – Ok, an honourable mention here. IGO is not considered a gold play. It is predominately involved in base metals of Nickel & Copper. IGO has a track record of recognising low cost assets and commercialising them. Tropicana owned with AngloGold Ashanti is one of the lowest cost gold mines in Australia. News that IGO may wish to relinquish their 30% share of this asset may be a case of selling when asset prices and activity is high. Potentially ‘cashing’ up for more a traditional asset play in their base metals space. They have had successful contrarian behaviour in the past and activity around nickel assets is gaining momentum more generally. IGO’s core business. Watch if this plays out.

Now as I have written previously, I am not generally a long-term holder of gold stocks. They are high cost business and have operational challenges often. But if you can’t help yourself and believe the ‘hype’ that we are at the beginning of a major gold rally then you may consider the following shortlist that predominately represent:

As I have said before gold mining is high risk and the sector has a long history of disappointment.  As such, there are some companies I believe to some degree mitigate against the inherent risky business of gold mining.

Ranked in no particular order:

# SAR – Saracen – The growth stock of this group with a resource book building and a conservative communication and initial cash management approach is what investors like to see (well I do!). Northern Star is it’s most comparable peer and they own the famous Kalgoorlie ‘Super Pit’ together. Note NST is at a similar growth stage (refer above). It pays a dividend, SAR does not, supporting my reasoning.

# KLA – Kirkland Lake Gold – The star in operational performance with cash to show for it! Moving forward some additional assets would help the perception but are growing resources organically. It is cashed up, perhaps an acquisition is on the radar?

NB: Majority (75%) of KLA’s production is in Australia, rest in Canada but have still considered it to be largely a Australian producer.

# IGO – Development success and low-cost producer, perhaps least risk of all here due to its long-term success in asset discovery and financial management. Really, it is a tick for diversification and asset management geared towards ongoing prosperity. Years of paying dividends evidence the strategy. It is the gold play to have if all the gold ‘bulls’ have got it wrong!

But above all, remember what I always say ‘Have a plan, especially an exit! And we are always buying business’. More conservative and less exciting, I know, but helps in being right more often than not, and that is how we outperform!

Read more about Investing in Gold from our previous post. 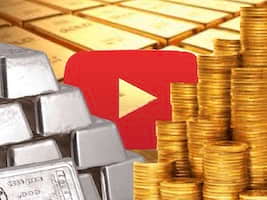 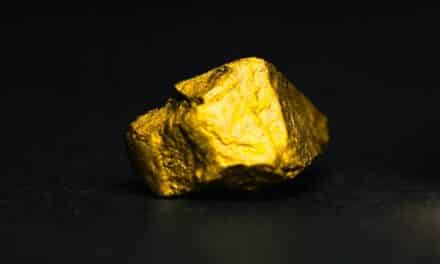 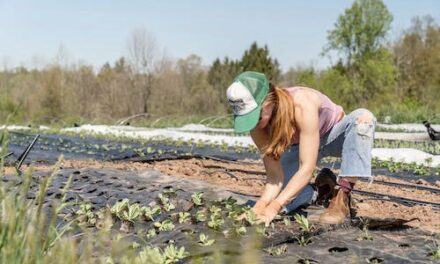